The 'We Found Love' singer has upset members of the clothing line after skipping the celebrations.

Rihanna snubbed her own River Island London Fashion Week after party this weekend, it has been revealed.

The 'Diamonds' singer appeared briefly for just ten seconds on stage at her debut line launch on Saturday night (16th February) before heading out into the capital for her own night out.

The Bajan star was reported to have left backstage at the The Sorting Office in a Winnebago, despite her dressing room being metres from where the after party was held, according to The Sun.

"She kept everyone waiting for a whole hour for the fashion show to start and only made the briefest appearance at the end," a source told the publication. "If you'd blinked, you'd have missed her."

"Everybody was expecting her to at least show her face for a few minutes at the afterparty, but she clearly couldn't be bothered.

Check out a picture of Rihanna on her night out in Soho below: (Picture:Splash) 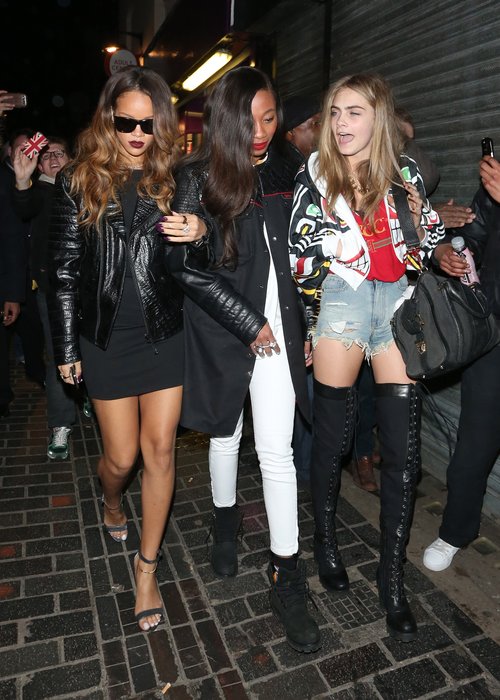 It turned out to be a tough night for the singer who was apparently the victim of a bottling incident from a fan – who reportedly became upset at the star's romance with Chris Brown.

She hit the town with such stars as Cara Delevingne where the incident in question took place.

Meanwhile, the singer will be back in the UK this summer to headline the T In The Park Festival and has also this week been rumoured to be following in the footsteps of Beyonce by taking to the Pyramid stage of the Glastonbury Festival.