Rihanna Wears Black Sheer Jumpsuit For Night Out In London

The 'Where Have You Been' singer was celebrating getting to join Jay-Z and Kanye West on stage.

Rihanna was pictured out in central London on Sunday night, shortly after joining Kanye West and Jay-Z on stage for their 'Watch The Throne' tour.

The 'We Found Love' singer stepped out in a sheer black jump suit, black beanie and bright rep lipstick for the evening, which she spent at London nightclub Boujis.

Earlier in the evening Rihanna had joined Jay-Z and Kanye West on stage at London's O2 Arena, where she performed her Kanye West collaboration 'All Of The Lights' alongside the prolific rappers.

Over the course of her night out on Sunday (20th May) Rihanna was also pictured spending time in the club with 'Bad Girls' singer MIA ,as well as Chelsea footballer Didier Drogba, who was celebrating the team's Champions League victory the previous day.

View a picture of Rihanna on a night out in central London below (Credit: Goff) 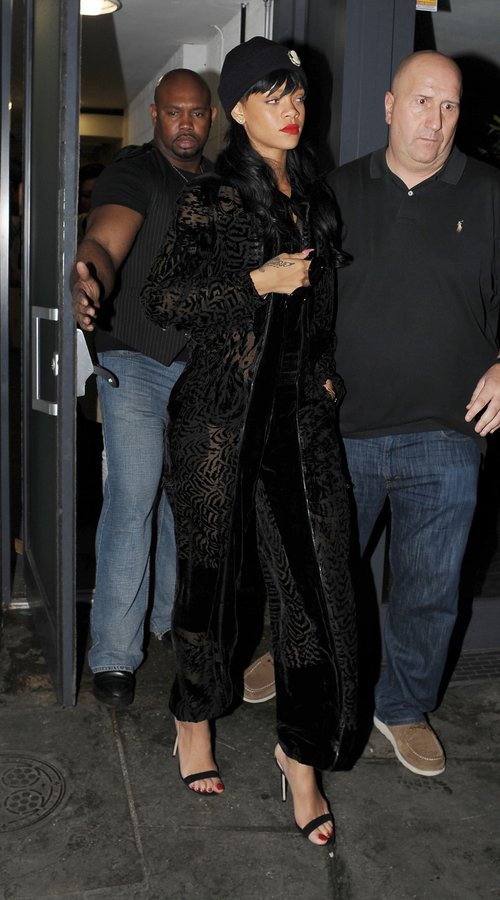