The 'We Found Love' singer is still battling with illness after second gig this week is postponed.

Rihanna was pictured visiting the doctors in Beverley Hills after cancelling another show on her 'Diamonds' world tour this week.

The 'Talk That Talk' star was pictured sucking on a lollipop as she left her medical meeting.

She was forced to postpone a show in Houston on 15th April and took to her Instagram account to post a message to her fans admitting her disappointment at the news.

"I was sick since San Diego! I kept working because I thought two days off after the Vegas show would be enough time to recover and I f****** up, those were two days off from hell and today is not different!" she wrote.

"I'm sad and disappointed about it! I had all kinds of plans for Houston!"

Check out a picture of Rihanna leaving the doctor's in Hollywood below: (Picture: Splash) 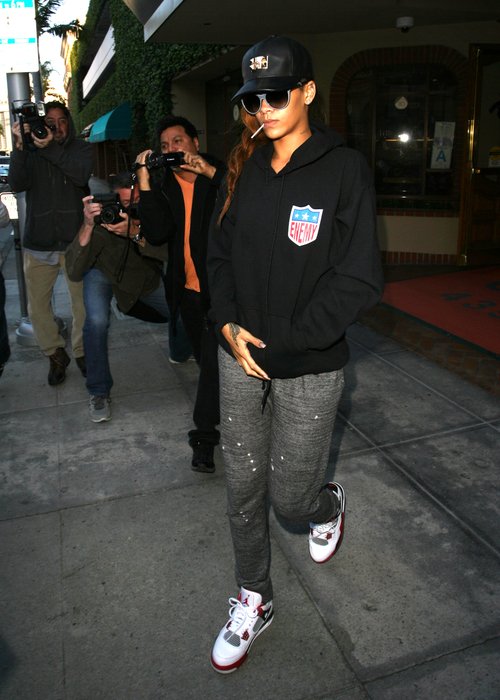 Her show in Dallas last night (16th April) was also cancelled due to the same illness and fans with tickets to the gigs have been told to keep hold of their tickets with a rearrangement due to be announced.

Rihanna's next scheduled gig will be in Tampa, Florida on 19th April and she will head across to the UK this summer.

The 'You Da One' singer will also be headlining this year's T In The Park Festival alongside The Killers and Mumford & Sons.