The 'Rolling In The Deep' singer picked up Best Original Song for her James Bond theme 'Skyfall'.

Rihanna was among the stars who congratulated Adele on her Oscars 2013 win for Best Original Song last night.

The 'We Found Love' singer took to her Twitter account to offer her thoughts on the British stars' victory in Hollywood.

"Jah Reign #Adele congrats on your first Oscar," she wrote.

The Bajan star was not the only celebrity who was thrilled to see the 'Rolling In The Deep' singer triumph at the ceremony.

American Idol champion Kelly Clarkson also logged onto her social networking account to deliver a message to the singer and complimented her "awesome speech".

"Way to go @officialadele!! Super happy for you girl! ....and awesome speech :)," she tweeted.

Adele took to the stage alongside her producer and co-writer of the track Paul Epworth and was seen fighting back the tears. 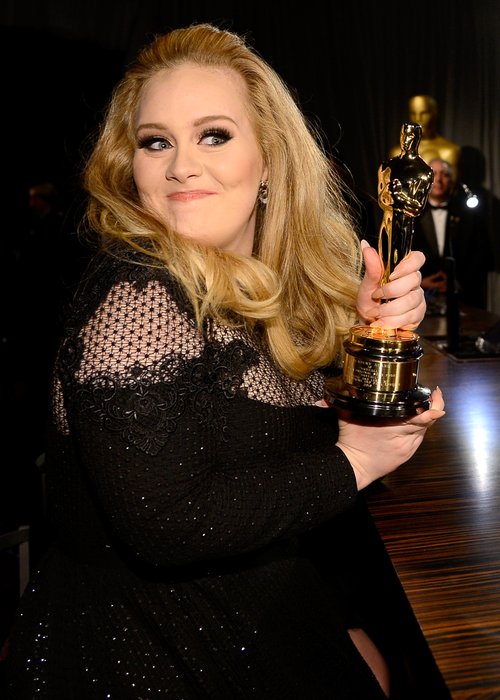 She thanked Paul for always believing in her and also made reference to her boyfriend Simon Konecki.

Adele also performed the song during a James Bond segment of the show on the night.

The big winners of the Oscars 2013 were another British star – Daniel Day Lewis, who won Best Actor for Lincoln.