The 'Midnight Memories' stars have been pictured on the set of an alleged new music video.

One Direction have been spotted on the set of a rumoured new music video this week in a British seaside town.

The 'Best Song Ever' stars were pictured out on Clevedon Pier this week in North Somerset, quickly leading fans in the area to gather and tweet rumours of a new music video being produced.

Check out a snap of Harry Styles on the set of the rumoured new music video below: 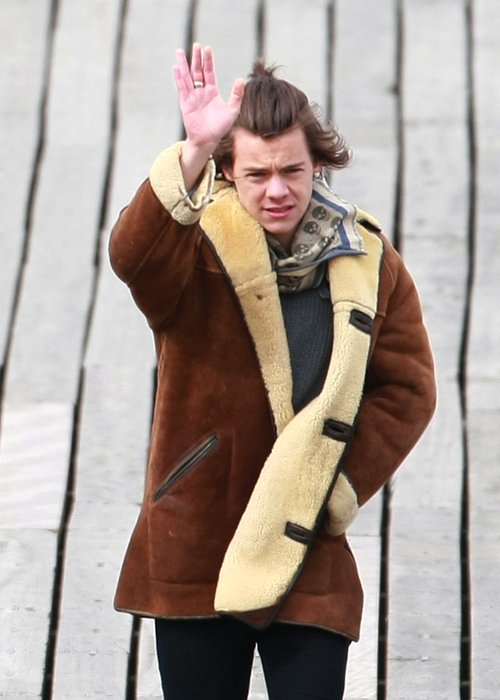 One Direction have already release a string of successful singles from their 2013 album 'Midnight Memories', including the titular track and 'Story Of My Life', but have yet to officially announce another new single.

One Direction are set to kick off their 'Where We Are' stadium tour later this Spring with support from McBusted.