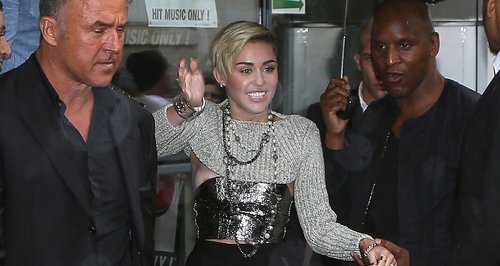 The 'Wrecking Ball' singer opens up on her new image in the trailer for her feature documentary.

Miley Cyrus has unveiled a trailer for her upcoming documentary film Miley: The Movement where she declares that she is starting out as a "new artist".

The 'We Can't Stop' singer opens up on her dramatic image change this year in the new MTV documentary next month, and has released the first trailer for the special show.

"Right now I'm at a point in my career where I can be exactly who I want to be," Miley reveals in the newly unveiled trailer. "I'm starting as a new artist now."

The 'Wrecking Ball' singer is also seen joking with Britney Spears about the MTV VMAs performance that caused so much controversy in August.

Miley Cyrus releases new album 'Bangerz' on 7th October and her film Miley: The Movement airs on MTV in the US on 2nd October.

Watch the new trailer for Miley: The Movement below: