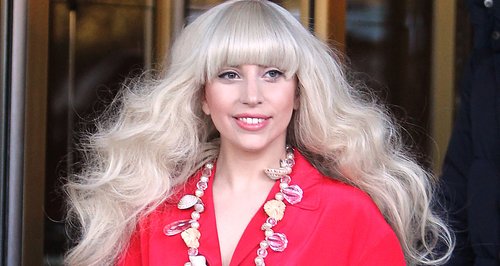 The 'Applause' singer also performed several comedy skits on the US sketch show this past weekend.

Lady Gaga wowed with performances and comedy skits alike during her hosting gig on Saturday Night Live at the weekend.

The 'Applause' singer performed live on Saturday (16th November) as both the host and musical guest on the popular US sketch show.

Gaga shocked viewers when she performed a raunchy duet with R Kelly of their collaboration 'Do What U Want', dressed in a silver sequinned jumpsuit and a curly blonde wig.

Watch Lady Gaga's duet with R Kelly of 'Do What U Want' from Saturday Night Live below:

The US star also performed a parody sketch called Old Gaga which saw her performing as herself in 2063 and joking about how no one remembers her glory days.

Another comedy skit on the show saw her hitting out at comparisons to Madonna, and wearing the 'Music' singer's iconic conical bra.

Lady Gaga performed several times on the Saturday Night Live episode to celebrate releasing her new album 'ARTPOP', which has already reached number one on the UK album chart.