Seriously, Nicki DID give her the mother of all stink-eyes after all...

Demi Lovato MAY find herself in hot water after throwing a little bit of shade at Nicki Minaj over a MORE than slightly awkward encounter at New York’s Met Gala this past weekend.

It all started when Nicki posted a picture on Instagram of herself, designer Jeremy Scott and Demi Lovato posing on the red carpet. The only problem is she ‘forgot’ to tag Demi in the snap!

Suffice to say it didn’t go unnoticed with fans quickly commented on it all and Demi herself taking to Snapchat to throw a bit of light-hearted shade Nicki’s way over the snub.

Demi threw some shade at Nicki Minaj for not being tagged in Nicki's post. pic.twitter.com/C1ODwcabot

“When you aren’t mentioned in a post but didn’t do s**t to the person,” Demi wrote on Snapchat alongside a screenshot of Nicki’s picture. AWKWARD.

But it didn’t end there as Demi then took to Instagram herself to post up an (admittedly hilarious) picture of the three back on the red carpet, only this time Nicki was giving her an ACTUAL DEATH STARE. Seriously, we’ve never seen a stink-eye as serious as this one…

This picture pretty much summed up my first and probably last met #cool #sofuckingawkward #notforme #sweatpants #forensicfiles #whatsgood p.s. some of y'all need to learn how to take a joke.. I'm obviously laughing at the fact that 1. I look incredibly awkward and 2. That the shade being thrown in this picture actually gives me life

“This picture pretty much summed up my first and probably last MET,” Demi captioned the snap. “P.S. some of y’all need to learn how to take a joke. I’m obviously laughing at the fact that 1. I look incredibly awkward and 2. That the shade being thrown in this picture actually gives me life.”

@PerezHilton relax.. I didn't shade anyone. If anything I shaded myself from how awkward I look

We have a feeling Demi MAY live to regret these posts. Over to you, Nicki? 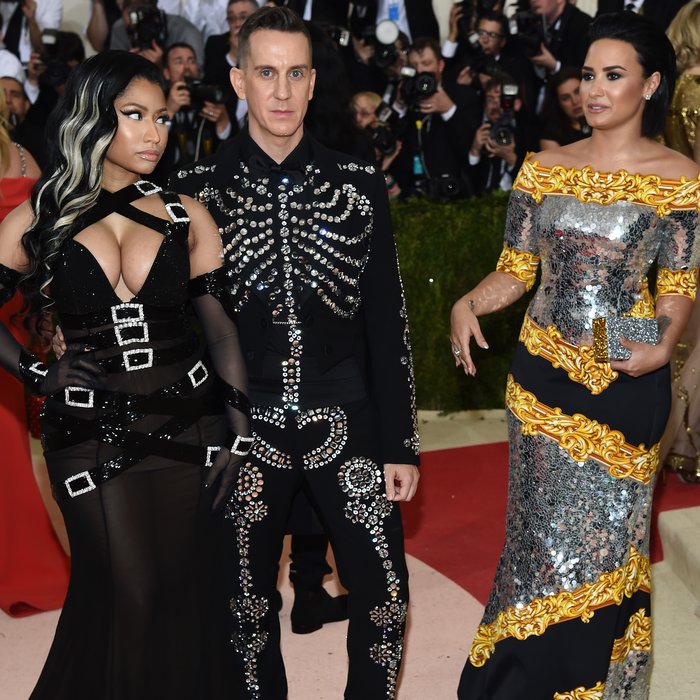