The girl group finished their support slot with the singer this week.

Demi Lovato was seen pranking her US tour support Little Mix this week as the girls finished their stint on the road with the singer.

Demi came out on stage dressed as a snowman – taking Leigh-Anne, Perrie, Jade and Jesy by surprise.

The 'Neon Lights' tour will continue throughout March with Cher Lloyd set to take over from the girl-group.

"Tonight's prank for @LittleMixOffic's last show on the #NEONLIGHTSTOUR...Hehe heart you girls!!!" Demi wrote as she shared the picture with fans. 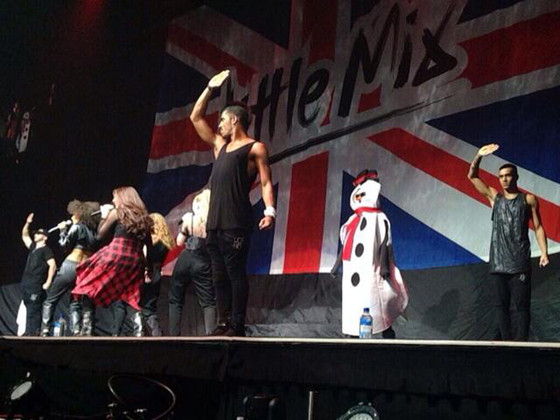 Meanwhile, Union J were speaking to Capital recently and revealed how Little Mix's sound is helping to influence their new music.

The boys described new material as a blend of themselves, Taylor Swift and Little Mix.