The power couple were seen heading out in the Big Apple after flying back to the US.

Beyonce and Jay-Z were seen heading out for a romantic afternoon at a movie theatre in New York yesterday (2md June).

The couple were back in the US following their appearance at the Chime For Change concert in Twickenham on Saturday.

The Destiny's Child star headlined the event and was joined by her husband for a rendition of 'Crazy In Love'.

Check out a picture of Beyonce and Jay-Z in New York after heading to a movie theatre together below: (Picture: Splash) 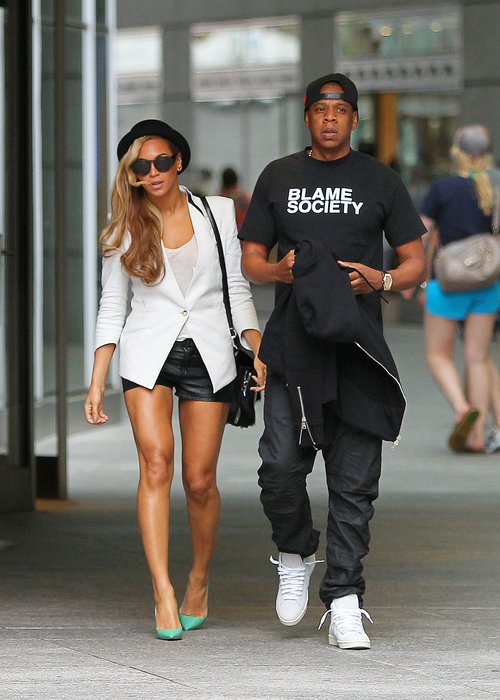 The singer is also now on a month break before she starts her 'The Mrs. Carter Show' tour dates in the US and debuted new song 'Standing On The Sun' during her gig in Belgium this last week.