Well we're just gonna throw it out there... someone's probably getting fired!

The Associated Press have accidentally posted a tweet to say that Ariana Grande is preggers and as far as we know...she's not.

@APEntertainment account posted a photo of the “Side to Side” singer, 23, with the caption, “Ariana Grande is pregnant, guess who’s the father? #ArianaGrande.” 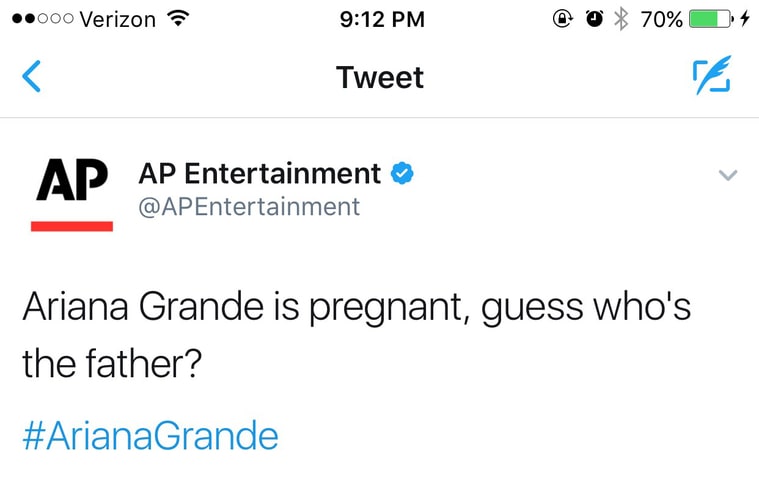 Despite the tweet being deleted, it hasn't stopped the confusion from spreading and now half of Twitter thought was preggers.

Why did my tv just say Ariana grande is pregnant pic.twitter.com/M0LmXgd7bO

Grande, who is dating Mac Miller, has yet to address the mishap. Instead, she has been busy promoting her upcoming Dangerous Woman Tour, which kicks off at the Talking Stick Resort Arena in Phoenix on Friday.

The European leg of the tour will begin at the Friends Arena in Stockholm on May 8th.