The 'Rolling In The Deep' star was apparently "too expensive" for one South African juice tycoon.

Adele was reportedly charging £100,000 a minute to perform at a wedding of a multi-millionaire.

The 'Rumour Has It' singer is said to have wanted £2.5 million to perform for just 25 minutes at South African fruit juice tycoon Vivian Imerman's daughter's big day.

A friend of the millionaire divulged details of the financial deal to the Daily Star .

"Vivian is planning a lavish wedding," the friend revealed. "But he was surprised when he was told she'd cost £2.5m."

Vivian has previously paid for special one-off performances from the likes of Amy Winehouse at his eldest daughter's wedding three years ago.

"Despite his bulging bank balance even he thought it was too expensive and is looking at other artists," they added. 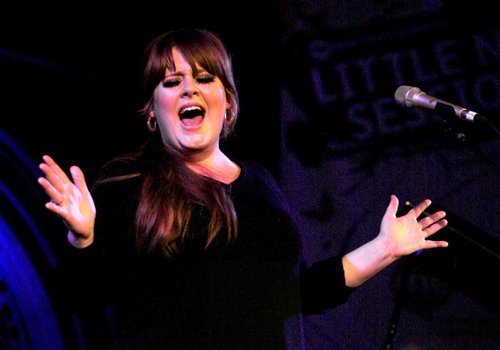 The star was recently rumoured to be performing at the upcoming wedding of Friends star Jennifer Aniston and Justin Theroux.

Adele is also being lined up to front a new campaign for a cosmetics company thought to be in the region of £10 million.