Get Your Tickets For Shrek The Musical 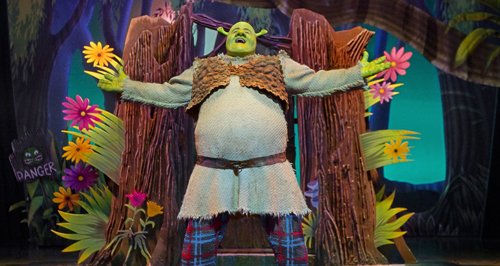 Shrek The Musical is touring the UK!

Bringing the award-winning DreamWorks animation to life live on stage, Shrek The Musical is the must-see show touring the UK later this year.

Join Shrek, the unlikely hero and his loyal steed Donkey as they embark on a quest to rescue the beautiful Princess Fiona from a fire breathing, love-sick dragon. Add Lord Farquaad, a gang of fairytale misfits, a biscuit with attitude, all new songs as well as cult Shrek anthem 'I’m a Believer', and you’ve got the biggest, brightest musical comedy around!

Tickets are on sale now and you can buy yours at www.shrekthemusical.co.uk

Look out for performances near you: