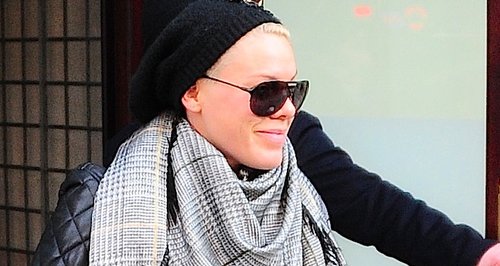 The likes of Kendrick Lamar and Imagine Dragons also join the line-up for the 2014 ceremony.

Pink and Daft Punk are among a new batch of confirmed performers for next month's Grammy Awards 2014.

The 'Try' singer is expected to pair up on stage with Fun.'s Nate Ruess to perform their hit single 'Just Give Me A Reason', while Imagine Dragons and Kendrick Lamar have also joined the night's line-up.

'Get Lucky' duo Daft Punk have also been confirmed for a performance at next year's Grammys, their first televised performance since duetting with Kanye West at the 2008 Grammys ceremony.

Daft Punk are up for a total of four awards at the 2014 event.

The Grammy Awards 2013 takes place at the Staples Center in Los Angeles on 26th January.