The 'Little Things' singer tells fans he will still attend the game and promises to play in a 2014 fixture.

One Direction star Louis Tomlinson has revealed that he will no longer be able to play in this week's charity match for Doncaster Rovers.

The 'Live While We're Young' singer signed as a non-contract player for the Championship squad earlier this year and was due to make his debut against Scunthorpe United on 18th September.

"Unfortunately due to injury I cannot play at this week's Doncaster Rovers match. I will still be attending the match on the bench," he told his followers on Twitter. "I will play in another game in 2014, to be announced. Fans that have bought tickets for the match can apply for a full refund." 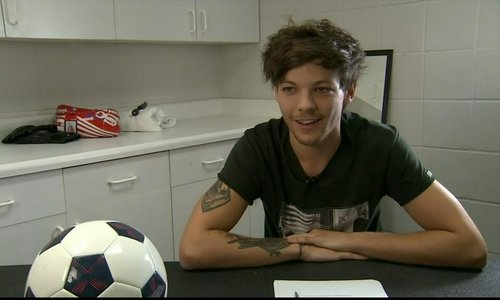 It's unclear if the injury was sustained during his recent appearance at Celtic for Stiliyan Petrov's testimonial.

The boyband star was clattered by Aston Villa star Gabriel Agbonlahor during the clash and ended up throwing up on the sidelines.