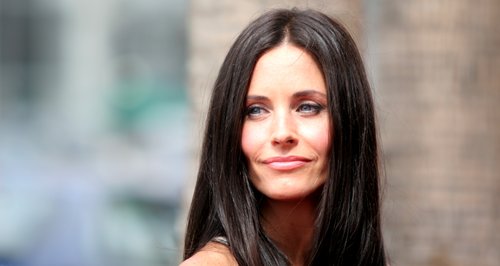 The musicians attempted to rally support for the F.R.I.E.N.D.S actress.

Courteney Cox has revealed how thankful she was for One Direction's Harry Styles and Ed Sheeran tweeting support for her to win a People's Choice Award.

The actress was nominated for Favourite Cable TV but eventually missed out to Pretty Little Liars star Lucy Hale.

"It was really nice. Harry Styles tweeted for me and so did Ed Sheeran," she explained to chat show host Conan O'Brien. "He was so sweet to do it, and so was Ed."

"Now those are two huge pop stars. I just got to say so much for social media because if I can't win a People's Choice Awards with those two tweeting for me. That was it guys. I blew my what, I got nothing, nothing!"

She then also joked how she'd have to call on even bigger world heavyweights to drum up support next time.

"I might have to get [President] Obama to do it next year or something," she laughed. "Tough times."

Ed has become close friends with Courteney and stays in her beach house in LA.