Madeon Says Lady Gaga Was "Really Impressive" To Collaborate With

The French DJ and producer says it was an incredible experience to record with the US star.

Lady Gaga has been praised as "really impressive" by Madeon after he recently got in the recording studio with her to work on some new music.

The French DJ was in the studio with the 'Marry The Night' singer to collaborate recently, on song believed to be for her new album 'ARTPOP', and says she was "really engaging" to record with.

"She's great. She's a really, really interesting and nice person," Madeon revealed to Digital Spy at the Xperia Z Launch party this week. "From a personal standpoint it's been hugely admirational to be like, 'Wow you're at this level of super, ultimate fame, and there's this aura of superstardom, and you're still an engaging and nice person'.

"So that was really humbling," the French DJ explained. "Professionally I think she's amazing.

"She would come out of a show after singing live for three hours and giving it everything, but just go straight to the studio and record," he added. "She's really impressive."

Check out a picture of Lady Gaga and Madeon in the studio below (Credit: Twitter):

The 'You & I' singer's manager gave an update on Gaga's progress this week, saying she is doing "wonderfully" after undergoing surgery to repair a tear on her hip last month.

Lady Gaga is expected to return with her new album 'ARTPOP' this autumn.

Check out an image from the Xperia Z Launch party below: 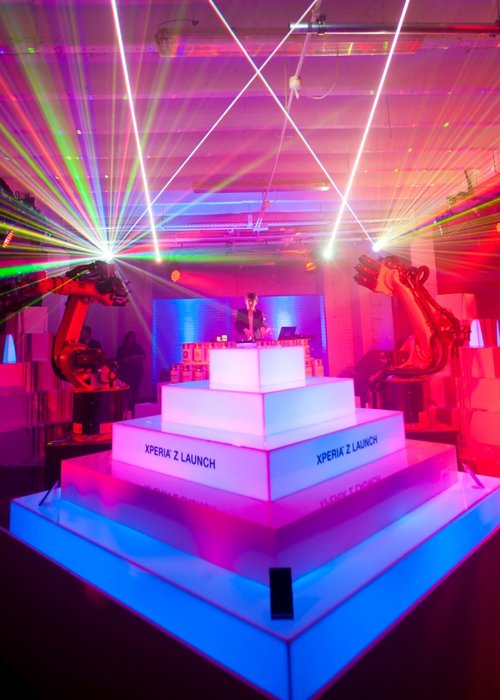