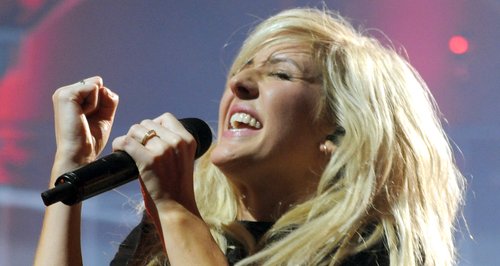 Ellie Goulding has been announced as the latest name to join the line-up for the opening night of the Jingle Bell Ball 2013.

The British sensation will head to London's O2 Arena on Saturday 7th December for a show which already includes the likes of The X Factor champion James Arthur, Naughty Boy and Katy Perry.

It's been a huge 2013 already for Ellie who recently topped the Vodafone Big Top 40 with her hit single 'Burn' and has now sold over 15 million singles worldwide.

Ellie will also be heading to this weekend's MTV EMAs 2013 where she will present one of the top awards of the night.