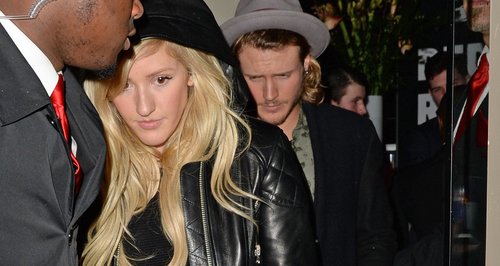 The pair were pictured together enjoying a post-Fashion Week party in the UK capital.

The 'Burn' singer took to London town on Monday night as Fashion Week continued to roll on, also stopping by another party alongside fellow pop star Pixie Lott.

Check out a picture of Ellie and Dougie leaving a party in London together last night below (Credit: Goff): 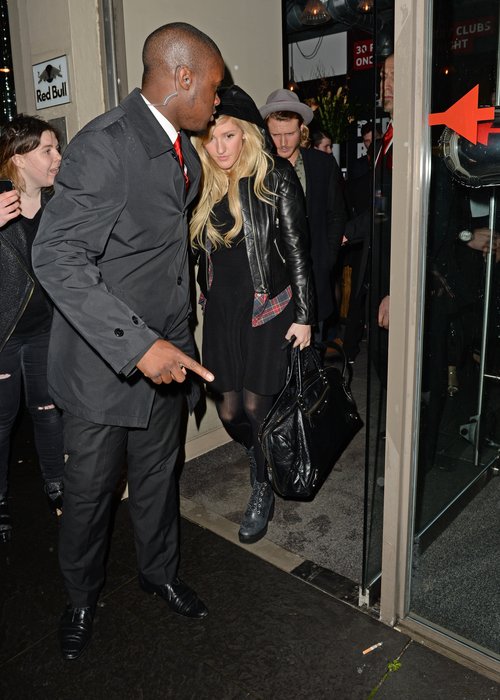 Ellie and Dougie were pictured leaving Storm Model Management's party near London bridge together, with the 'Goodness Gracious' star dressed in a leather jacket and tartan shirt.

View a snap of Ellie Goulding and Pixie Lott at a London Fashion Week party on Monday night below:

McFly star Dougie has previously insisted they are "just friends", after they were spotted attending the Cosmoplitan Woman Of The Year Awards in late 2013.

Ellie Goulding is up for several gongs at the BRIT Awards 2014 this Wednesday 19th February.