Are Beyonce And Jay Z Releasing A Joint ALBUM?! Fans React To The Rumours 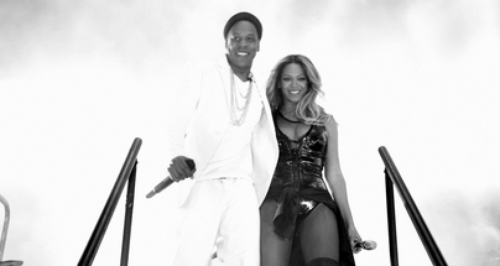 Could this be the news all Bey Z fans have been waiting for? Is a joint album in the works?

The rumours are rife that The Carters aka Beyonce and Jay Z are soon to drop a joint album – we know, HOW exciting?! – and the internet has reacted in force!

According to the rumour mill, Bey and Jay’s joint record may be released later this year or early 2015 following their joint ‘On The Run’ tour.

And if the tour is anything to go by, there’s definitely a LOT of demand for the Carters together – the American leg alone grossed over $100million according to Billboard, with an “average attendance of 45,000 people per show”!

The album won’t be the first time Bey and Jay have collaborated on music – ‘Bonnie And Clyde’ or ‘Drunk In Love’, anyone?

Here are our fave fan reactions from the Twitterverse after the news broke:

OMG Beyoncé and Jay Z are working on a joint album....

Beyonce and jay z doing an album together is everything. I think we're about to get the greatest love songs out of Bey with this one.

I knew there was going to be a joint album coming from Bey-Z. I called this months ago. *puts $20 bucks aside for purchasing

This new Jay-Z & Bey album is going to destroy my heart.