Fans also took a moment to remember the youngest victim of the terrorist attack.

It's been several weeks now since the drwadful and tragic events that took place at Ariana Grande's show in Manchester, but although time has passed, people haven't forgotten those who lost their lives and the families who were affected by the attack.

Ariana Grande proved just as much when she took the time to write a message remembering the youngest victim of the attack, Saffie Rose Roussos, on her Instagram account.

Whilst on tour in South America, Ariana captioned her latest pic, 'What's newwwww, Buenos Aires/Argentina, I love you'. before she added 'Saffie, we're thinking of you baby' alongside a birthday cake emoji.

What's newwwww, Buenos Aires Argentina, I love you  Saffie, we're  of you baby

It would've been Saffie's ninth birthday on 5th July and hundreds of people in Manchester had earlier gathered to release some balloons and celebrate her life.

Hundreds have turned out in Leyland to release balloons for Saffie Roussos, killed in the Arena attack, on what would've been her 9th bday. pic.twitter.com/DwAaPX4GsC

After Ariana's post, many fans left comments echoing those sentiments and keeping Saffie in their thoughts. One wrote 'She will be in our hearts forever!!!', whilst another added 'Saffie, you will always be in our minds'.

Saffie had been attending Ariana's show along with her sister and mother, who has undergone a number of operations and had been put into an induced coma in the aftermath of the attack.

Ariana's message is a touching reminder that thos affected will always be on her mind and proves just how amazing she really is. 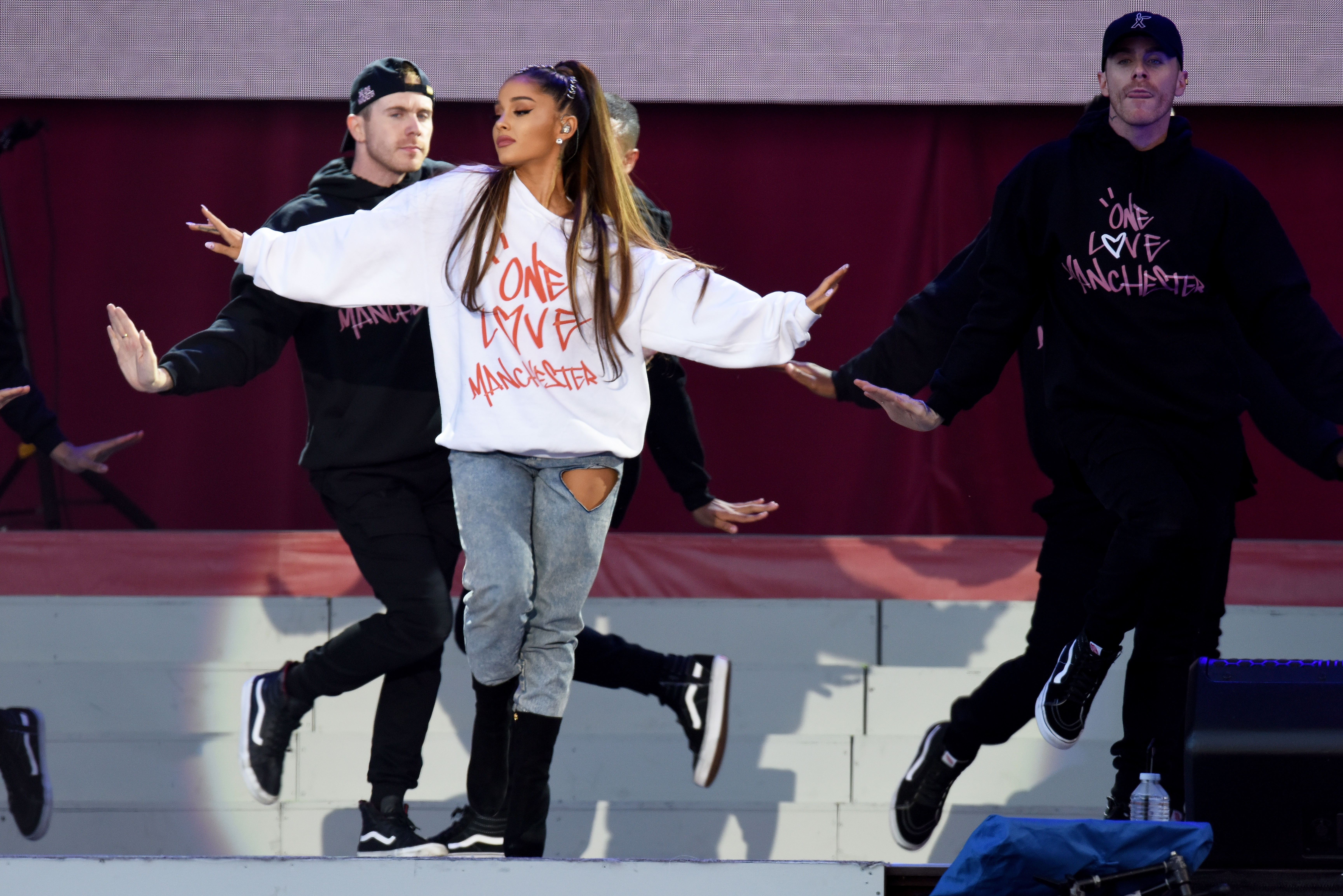 Ariana's brother Frankie has been speaking about the #OneLoveManchester event which riana put together less than two weeks after the attack and revealed his pride at how positive it all was.

Speaking to GMB, Frankie said, “The thing that she did was so powerful - she took something that was filled with darkness and she was a beacon of light, and she shed that light on to the planet and it was unbelievably powerful. So we are living in the light right now, which I think is where we need to be. She is so inspirational... I’m so proud of her for that.”

Why not take a second to remind yourself of how great Ariana's prerformance of 'Where Is The Love?' was alongside the Black Eyed Peas at One Love Manchester...