“I’m 99.9% Positive It's Happened To Me”: Ariana Grande Claims An Ex Cheated With A Guy 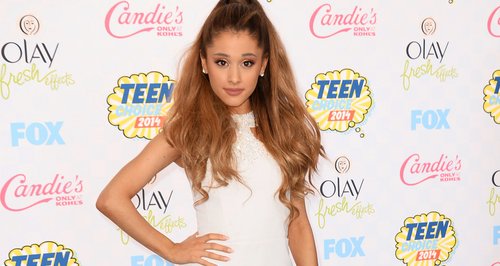 Ariana Grande is the dream girl for a large chunk of the male population, but she has revealed that she is pretty sure that one of her exes cheated on her – and it was with another man.

Speaking about her song ‘Break Your Heart Right Back’, Ariana told Attitude, “It's about a boy who cheats on a girl with another boy. That's a very fun concept."

And it seems that the track, which samples Diana Ross’ ‘I’m Coming Out’, is a quite close to home.

She later confessed to the Metro, “It's one of my favourites on the album and it's really funny because I believe it has happened to me. I'm not 100% positive, but I'm 99.9% positive.”

"I would rather he cheats on me with a guy than with a girl any day! If I found out my boyfriend was gay, I would be like 'OK!' I'd be so relieved."

Ariana later took to Twitter to dispel the rumours that she had said it was her ex, saying:

people loooove twisting my words lol. I never said "my ex". so don't trip. It was a a looooong time ago.... and it made for a great song.

Ariana’s ‘My Everything’ album will be released on 22nd August.

> Ariana Grande is dating WHO?! Find out both sides of the story...