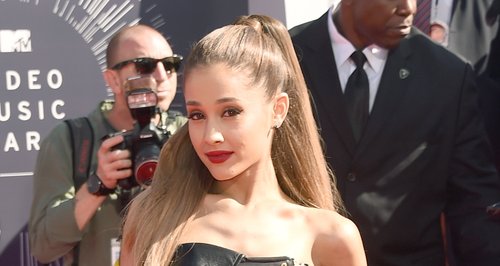 The US star opens up about her incredible studio chemistry with the 'Clique' rapper.

Ariana Grande thinks Big Sean is "the best"… and has teased that the pair have even MORE team-ups to come!

The two stars teamed up for the song 'Best Mistake' on Ariana's newly released album 'My Everything', which launched in the UK at the start of this week.

"Well he's always been one of my favourites," Ariana exclusively told Max, about the pair's team-up. "We've done many songs together, we've done some that y'all haven't even heard yet!

"It's very exciting, I always love working with him, I think he's incredibly talented and I think he's the best," she added.

The US star has faced constant rumours over the past few weeks that her and Big Sean are dating, but neither party has yet to comment officially on whether they're now an item.

Ariana Grande's new album 'My Everything' is out now.