The 'Feel The Love' stars will perform three nights next year in February.

Rudimental have announced details of their first shows for 2014.

The stars, who released debut album 'Home' earlier this year, will perform three dates across the UK during February.

The four-piece kick off the short jaunt at London's Brixton Academy with two nights on 14th and 15th February.

The 'Waiting All Night' stars will then head up to Manchester to perform at the O2 Apollo on 22nd February.

Rudimental are currently on the road with a series of summer festivals and will perform at Jay-Z's Made In America event next month. 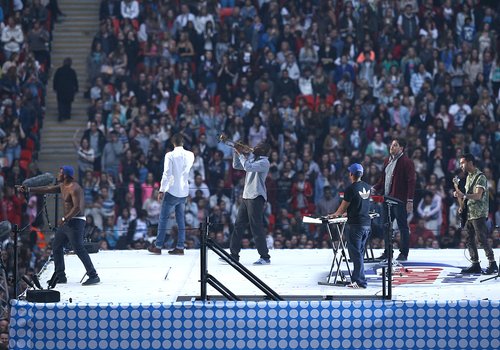 Check out Rudimental's dates for their 2014 shows below:

Tickets for the shows will go on sale at 9am this Friday (23rd August). Tickets are available from the Capital FM ticket line on 0330 33 33 123 or by clicking the buy tickets button.

Meanwhile, Rudimental were also recently seen in the studio with Ed Sheeran and rapper The Game.