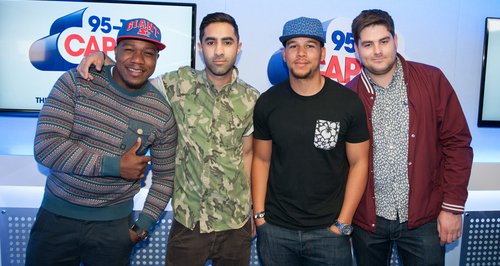 The 12 artists shortlisted for the prestigious award have been revealed this afternoon.

Rudimental and Disclosure are among the stars nominated for the Barclaycard Mercury Prize 2013.

The nominations were announced during a ceremony in London this afternoon (11th September).

David Bowie, Jake Bugg and the Arctic Monkeys are also set to fight out for the prize – which will be announced on 30th October live from the Roundhouse in Camden, London.

Speaking to Capital ahead of the nominations announcement, Disclosure brothers Guy and Howard admitted that despite being favourites, they were not taking anything for granted.

Check out the full list of nominations for the Mercury Prize 2013 Album Of The Year below:

Last year's prize was won by Alt-J with their album 'An Awesome Wave'.