Rudimental At Jingle Bell Ball: "Ella Eyre Will Be Huge In 2014" - Video 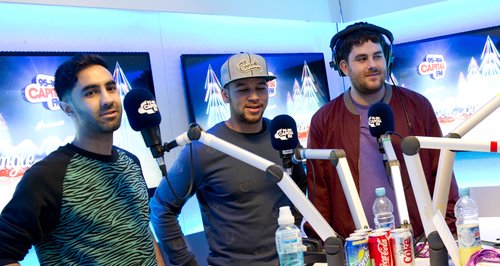 The group chat to Capital backstage at this year's biggest Christmas party.

Rudimental are predicting huge success for Ella Eyre in 2014.

The rising female star teamed up with the four-piece on their song 'Waiting All Night' and recently made the shortlist for next year's BRITs Critics' Choice Award.

"She's gonna do big things in 2014, really really happy for her," they told Capital backstage at the Jingle Bell Ball.

Rudimental will take to the stage for night two of the Ball on a line-up which includes fellow album collaborator John Newman as well as Jessie J, Dizzee Rascal, Lady Gaga, The Vamps, Lawson, Little Mix and Jason Derulo.

The group also said they were ready for some time off for Christmas and going to enjoy a mince pie or two.