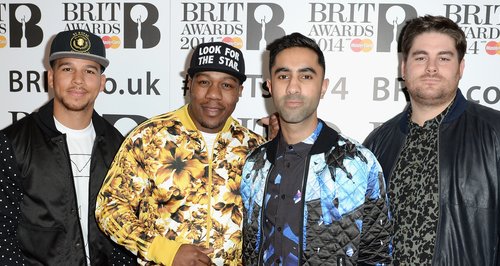 The 'Waiting All Night' group plan to celebrate regardless of whether they win any awards this year.

Rudimental have revealed plans to celebrate this year's BRIT Awards 2014 with a special boat party alongside Disclosure.

The 'Feel The Love' four-piece will celebrate the night, regardless of whether they win, by partying on the river Thames alongside their fellow nominees.

"We're having a little boat party with Disclosure, that's an exclusive!" Rudimental revealed to Max this week. "So instead of going to the Warner or Universal one we're just doing out own one. You have to be our friends [to come]."

Rudimental and Disclosure are both up for several awards at this year's BRITs, including Best British Album for their records 'Home' and 'Settle', respectively.

Keep it Capital every Sunday from 7pm for Max's show.