The boys say they've got their eyes on helping Cara launch her music career down the line.

The ‘Rumour Mill’ four-piece have admitted they would LOVE to sign the supermodel to their brand new record label Major Toms, so watch this space if you want to hear what Cara’s eventual sound will be! 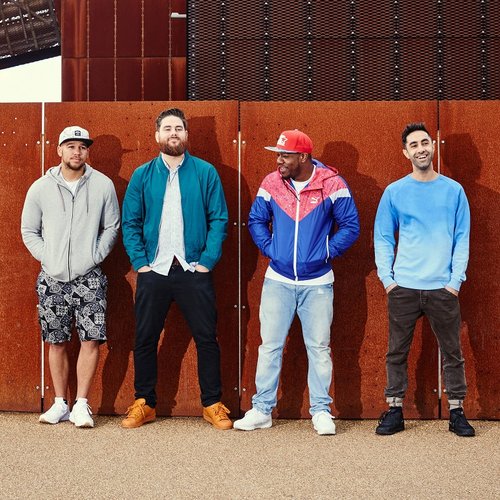 “We’ve just started our own record label, Major Toms, so maybe we can get Cara Delevingne on there, that would be cool!” Rudimental star Amir revealed to the Daily Star. “We hang out with Cara sometimes, we play Call Of Duty with her.

“But we haven’t had any recording sessions with her yet, that’s next!” he added.

So there you have it Cara, Rudimental want to take you under their wing and show you the ropes! It’d be rude not to…

Rudimental Confirm September Release For Their New Album 'We Are Generation'