The X Factor winner reveals he's remained in close contact with his former mentor on the show.

James Arthur has revealed that he is working on new material with Nicole Scherzinger.

The X Factor champion told Stv.tv that he's remained in close contact with his former mentor in the hit music reality show and told fans to expect something on record from the pair in the future.

[I talk to Nicole] every day," he explained. "People don't believe me when I say that, but we're very close.

"We're going to make some music together, and will have something out in the future."

James also revealed the genre of the music the pair have been collaborating on. 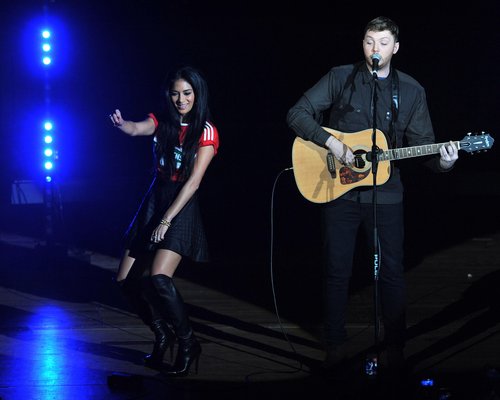 James continued: "It's fun working with Nicole, there's no boundaries with her, she just wants to make good music."

The 'Impossible' singer recently revealed the tracklisting for his debut album, which will include recent single 'You're Nobody 'Til Somebody Loves You'.