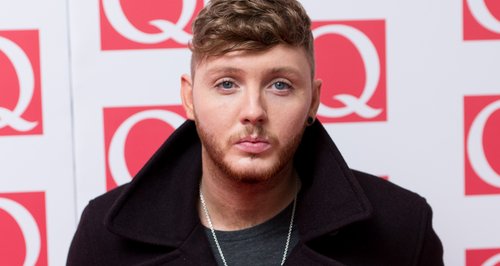 The UK singer-songwriter says it was an "absolute dream" getting to record the song 'Roses' with her.

James Arthur says it was "amazing" to work with Emeli Sande on his new album and admits he hopes to emulate her success in the future.

The 'Impossible' star recorded a song called 'Roses' with 'Beneath Your Beautiful' singer Emeli for his self-titled debut album, and has described the Scottish singer as a "phenomenal artist".

"Amazing, to work with Emeli Sande is obviously a dream to me," James exclusively told Capital FM this week. "She's a phenomenal artist and if I could emulate her, in a male vibe, that would be amazing. That would be great."

The 'You're Nobody 'Til Somebody Loves You' singer, who releases his latest single this weekend, also opened up about the impending release of his first studio album.

"It's getting more and more nerve-wracking the closer it comes to be honest, because it's a body of work that I've worked hard on for a while now," he added.