Uh oh. We hope it's not going to kick off again.

It’s no secret that when it was revealed Bella Thorne was dating Charlie Puth, his fans were sceptical…

… mainly because she hadn’t long broken up with ex boyfriend and Teen Wolf star, Tyler Posey.

And then it all kicked off on Twitter when Charlie reportedly found out that Bella wasn't single as fans claimed that she was still dating Tyler. Keeping up?

Important: we’re not judging. She’s single - she can do what the F she wants.

But. Some people HAVE judged and some fans REALLY aren’t impressed with the whole situation.

The young actress was first linked to Charlie Puth when the two engaged in a sweet fangirl moment on Twitter, and then they were spotted kissing on the beach, before walking the red carpet together. Naturally, people began to think that they were dating.

Bella has since spoken out about it all and naturally, she’s not that happy. “I went through a breakup and that was kind of tough. You know, fans, if you’re just seen with somebody, they think you’re immediately, you gotta be in a relationship with them, which is not true.

“I hang out all the time with different people that I’m not dating, that I’m just friends with. I hang out with a lot of guys because I’m a total tomboy, so a lot of my friends end up being guys because a lot of girls are like kind of too girly for me sometimes”. 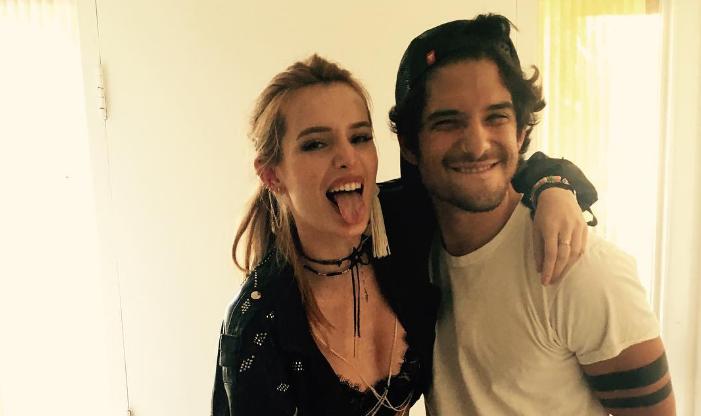 It can’t be easy having everyone judging your every move - c’mon guys, being 18 is hard enough!