Raye's Message For The LGBTQ Community Is So Powerful

On Pride weekend, Raye had some powerful words on her feelings about the LGBTQ community!

With rainbow liner gracing her eyelids and polish on her nails, 'Decline' star Raye was in full Pride mode when we caught up with her at Wireless Festival.

During her chat with Roman Kemp, Raye had some strong words about just why Pride is such an important thing, claiming it's ridiculous that being gay is still illegal in some places.

Speaking to Capital, Raye said, "Pride is important - it's just the same as black and white people are the same and loving who you wanna love should be ok."

"She went on to add, "I think it's ridiculous that it's [homosexuality] is still illegal in a lot of places in the world - I think that's disgusting. Raye had already taken to her Instagram account tl showcase her Pride themed nails, captioning the snap, 'Happy pride my angels #loveislove'.

Whilst she was with us at Wireless, Raye also answered some hard hitting questions about a certain Canadian superstar in what can only be described as the most unique way we've seen.

> Download Our Free App For All The Latest Raye Chat! 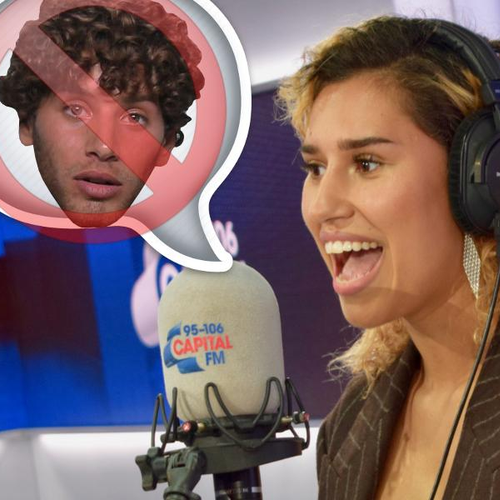