The 'You Don't Know Me' singer believes this movement will be different, for the first time, thanks to the world's unity.

RAYE has previously been very vocal about the anti-Black racism in the world, and has spoken about the recent #BlackLivesMatter movement.

The 'Secrets' pop star joined Capital Breakfast with Roman Kemp to share her views on the protests that are helping to bring justice and freedom to Black people.

> Nine Ways You Can Donate Money And Support #BlackLivesMatter

White lives are superior according to history and racial injustice!!! Black lives matter is about MAKING BLACK LIVES MATTER. Why is that so hard to understand !!! https://t.co/u5uRpqrKEf

After asking why it was so hard to understand that black lives do matter, RAYE told Roman, Sian Welby and Sonny Jay that she thinks "this time will be different.

"I know this has been a message that - across decades - has been hammered home, but I've never seen unity like this; all colours standing up to say black lives matter.

"Hopefully, before I die, this is going to be a world of equality and love for all skin colours. I'm just so proud that that message is being protested every day in every country."

RAYE has been sharing several messages to her 36.2k Twitter followers, including one fundraiser for Brandon Saenz, who lost an eye and several teeth after he was shot by a rubber bullet.

This comes after police murdered George Floyd, as one officer pinned him to the ground and kneeled on his neck for over eight minutes, despite Mr Floyd stating that he couldn't breathe.

George's sister, Philonise Floyd, has set up a fundraiser in memorial to George, which is said to "cover funeral and burial expenses, mental and grief counselling, lodging and travel for all court proceedings, and to assist [the Floyd] family in the days to come as we continue to seek justice for George."

In the two weeks that the fundraiser has been live, it has raised nearly $14 million. You can donate to the Official George Floyd Memorial Fund here. 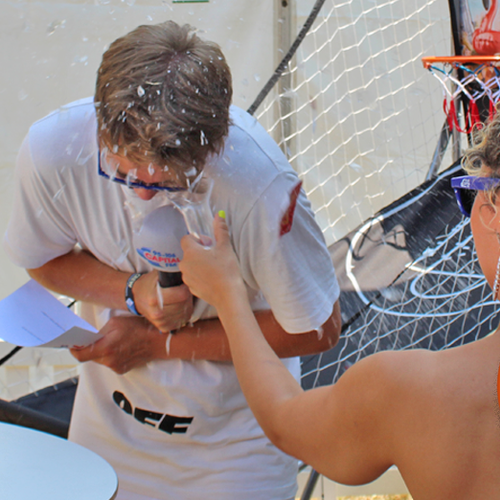