The 'Impossible' star will perform at the huge gig in Dublin later this summer.

James Arthur and Jessie J are set to support Justin Timberlake in concert in Ireland.

'Impossible' singer James revealed the news on Twitter to his fans yesterday evening by posting a photo of the concert poster.

The X Factor winner tweeted: "Ladies and gents I am happy to announce that I will be supporting the legend that is @jtimberlake 10th July at Phoenix Park #LOVE."

He added: "And @jessiej too two of my favourite artists in the world this is a very proud moment for me.. Thanks for all your support guys seriously."

The singer is currently working on material for his new album, which is reportedly due out in June. 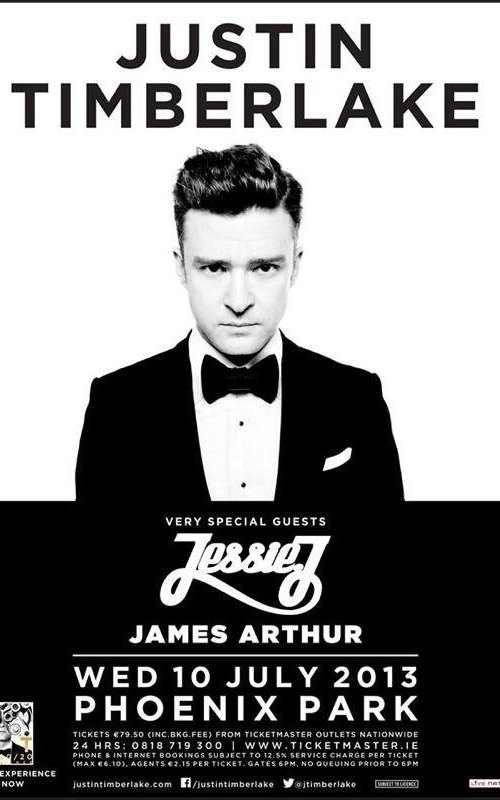 In the meantime, the two British stars will be performing at the Capital FM Summertime Ball 2013 next month with a line-up that includes Robbie Williams, The Saturdays and Taylor Swift.

US superstar Justin Timberlake will be presenting this year's Summertime Ball.