LISTEN: Charlie Puth's 'Attention' Has Had The David Guetta Treatment & It's A Pure Filthy Banger 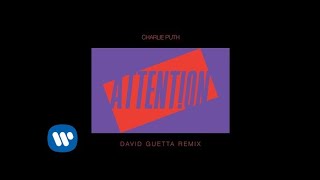 The song that continues to grow and grow just got a whole lot bigger thanks to a certain David Guetta.

'Attention' is the first single from Charlie Puth's upcoming second album 'VoiceNotes' and it's soundtracked many a summer BBQ far and wide.

> Download the Capital app now to get a whole load more fresh remixes like this in your life.

Well Guetta takes the track from a breezy background beat to full-on 'out out' banger. This is the track you'll be whacking on as you chug that last glass as the cab driver knocks on the door for the second time.

We caught up with the '2U' hitmaker earlier this year and he had a pretty hot tip for finding love out in Ibiza this season...