He's smashing the record for most views with his hit single 'See You Again'... But we reckon this could do way, way, WAY more. Like, who doesn't want to see Charlie get splatted by a pie?!

Charlie Puth was the next one of Dave's pals/victims to take on the Celebrity Pie Face. Why do we say victims?

Well,  just wait until you see how much cream Charlie gets, compared to the cream Dave sprays for himself. Wait. Does he even put any down?!

> Mwah! 11 Of The Most Awkward Celebrity Kisses #Cringe

It's understandable that the 'Marvin Gaye' singer would look so nervous - when you're getting asked about Meghan Trainor's BRITs nominations, that's hard enough... But when Mr Berry is tricking you into twisting the Pie Face dial twice, well, you know you're on to a stinker then. 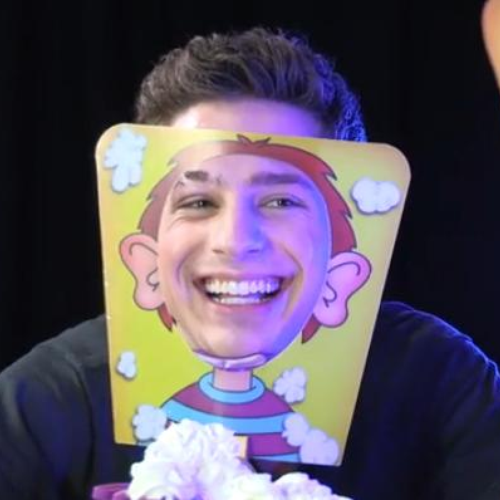 Even if he did manage to get a question right, it doesn't mean Charlie's face went creamless... A sentence we never thought we'd say.

But if you're rooting for Puth, wait until you get to the end of the video. You can thank us later.