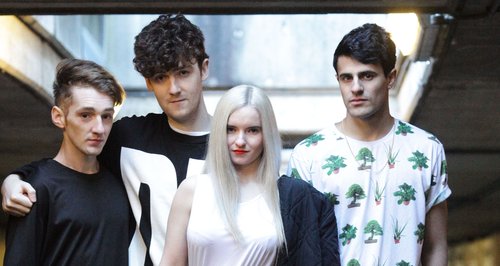 The 'Rather Be' four-piece launch their first studio collection in May this year after their recent chart success.

Clean Bandit have announced their debut album 'New Eyes' for release this May.

The UK band scored a huge success on the Vodafone Big Top 40 earlier this month with breakthrough release 'Rather Be', which is still number one after three weeks on the top spot.

Clean Bandit will now follow-up on this success by launching their 13-track debut record in three months time.

> 8 facts about 'Rather Be' stars Clean Bandit

The track listing confirms the inclusion of their hit single 'Rather Be' featuring Jess Glynne, as well as previous releases like 'A+E' and 'Mozart's House'.

Clean Bandit officially release new album 'New Eyes' on 12th May and the record can be pre-ordered here.