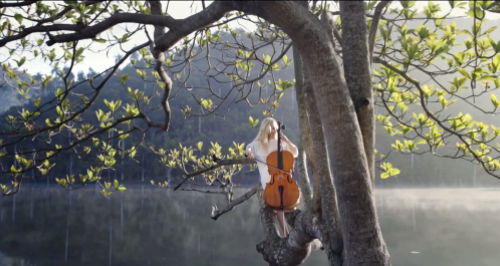 The band travel to Cuba in the video for their new single.

Clean Bandit have unveiled the music video for their new single 'Extraordinary'.

The Cambridge-based group shot the clip for their latest track with guest singer Sharna Bass in Cuba.

"[Cuba's] an incredible country – unlike anywhere else we have ever been to," cellist Grace Chatto said.

"We wanted to capture the euphoric feeling of the music in sunshine and dancing. We made the video ourselves… with help from two Russian friends and some wonderful people we met out in Havana."

'Extraordinary' is released on 19th May and follows their number single 'Rather Be'. The band's debut album 'New Eyes' follows on 2nd June.

Clean Bandit kick off their headline UK tour in Birmingham on May 5.