Clean Bandit Want Pharrell Williams To Cover 'Rather Be': "We'd Love It!" 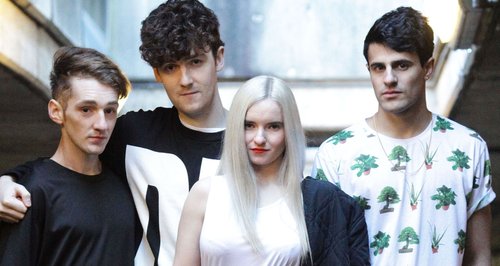 The 'New Eyes' band open up on other artists covering their breakthrough hit single.

Clean Bandit have admitted they would love to see their recent chart hit 'Rather Be' covered by Pharrell Williams.

> WATCH: Clean Bandit's music video for 'Rather Be'.

The UK group declared Pharrell as the artist they would most love to see put his own spin on their Vodafone Big Top 40 number one.

"The 1975 did a cover of it, a jazzy version and then this girl group called M.O. covered it as well, which was lovely," Clean Bandit's Grace Chatto revealed to the Daily Star this week. "We love people singing it back to us.

> Find out ALL you need to know about Clean Bandit's new album.

"Ideally we would just love it if Pharrell had a go at singing it too!" she added.

Check out a picture of Pharrell with Helen Lasichanh recently below:

Clean Bandit release their own new album 'New Eyes' on 12th May.