Ella Eyre reveals her favourite moment from season 5 of Love Island...and it's brutal.

It's fair to say that Love Island is the nation's obsession RN - so hearing that pop stars also like indulge in a little reality TV is MORE than reassuring.

Speaking to Capital FM on this year's Summertime Ball red carpet, the 'Came Here For Love' singer revealed what her favourite moment from season 5 has been so far - and spoke about why she loves performing at Wembley for the STB.

Ella confirmed she'd been tuning into the hit ITV2 show every night with the rest of the nation, before revealing that her favourite moment of season 5 so far was when Anton thought Anna was going to pick him in last night's recoupling - but got rejected for Sherif.

The Scottish gym owner - who had been grafting on Anna in the last few episode of Love Island - was hoping to steal the gorgeous pharmacist from Sherif's arms, but failed to turn Anna's head when it came to the recoupling.

Speaking to Capital FM about the awkward moment, Ella Eyre said: "It was brilliant - it was amazing - because I feel like that level of arrogance deserves to be pegged down a bit every now and then."

She added: "I don't really know how I feel about the couples yet, not sure who I want to win."

Ella, who is performing at Capital's Summertime Ball, instantly replied that the catering is her favourite part of the event, before adding: "It's absolutely amazing every time [...] the show itself is absolutely unbelievable." 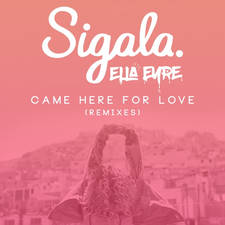