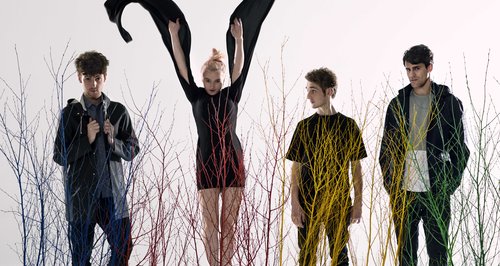 Clean Bandit have revealed a new song from the special edition of their debut album, ‘New Eyes’.

Clean Bandit have revealed a new song from the special edition version of their debut album ‘New Eyes’, and ‘Stronger’ is everything we have come to expect from the coolest mixed band in pop.

‘New Eyes’ was originally released in May, and the band recently revealed another new track from their repackaged record, a reworking of Robin S’ ‘Show Me Love’.

Clean Bandit are just one of our INCREDIBLE acts playing the Capital Jingle Bell Ball 2014 with Morrisons on the weekend of the 6th and 7th December, alongside other AMAZING artists like Taylor Swift, Take That, OneRepublic, Ed Sheeran and Jessie J.