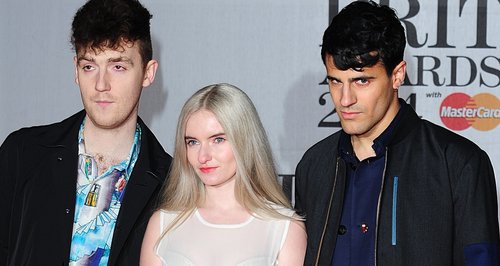 The 'Extraordinary' band say they are open to collaborating with a lot of musical artists.

Clean Bandit have revealed there are plans in the works for them to record with Lily Allen in the future.

The 'Rather Be' four-piece say there have been talks about a collaboration with the 'Sheezus' star, possibly on one of her future songs.

"There are lots of people that we'd like to collaborate with," Clean Bandit told Digital Spy this week. "We've had some, Lily Allen was interested in doing some writing together.

"I think that's going to be more for her stuff," they explained.

The group have just returned with new single 'Extraordinary', the follow-up to their Vodafone Big Top 40 number one 'Rather Be'.

Clean Bandit are among the artists confirmed for the Capital Summertime Ball 2014 with Vodafone on 21st June.