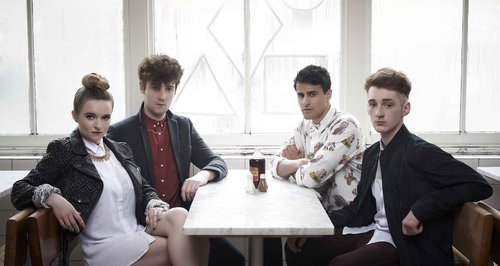 The 'Rather Be' four-piece want a team-up with the 'Fill Me In' singer.

Clean Bandit have revealed they would love to record a collaboration with Craig David one day because they "love" the UK garage sound of his music.

The UK quartet, who are still number one on the Vodafone Big Top 40 with their breakthrough hit 'Rather Be', says Craig would be their top pick for a future team-up.

"Craig David is the singer we'd love to with the most," Clean Bandit's Grace Chatto revealed to the Daily Star. "He's got a great voice.

"We're big into that old UK garage sound and Craig was the best," she added.

This week Clean Bandit announced their debut album 'New Eyes' for release on 12th May.