PLUS... has Max managed to match-make Duke Dumont with another BRIT nominated star?

We were down at the BRIT Awards 2015 nominations party last night (15th January) where Max caught up with all the BIG nominated stars like Clean Bandit, Jess Glynne and Duke Dumont.

Max chatted to the stars all about their BRITs 2015 excitement, what they were looking forward to about this year's event in February... and she may even have hooked Duke Dumont up with a date!

Check out Max's chat with Jess Glynne, who's up for several gongs at this year's BRITs including British Video and Best British Single.

The evening saw a performance from 'Rather Be' four-piece Clean Bandit, and cellist Grace Chatto's outfit was NOT one to be missed... 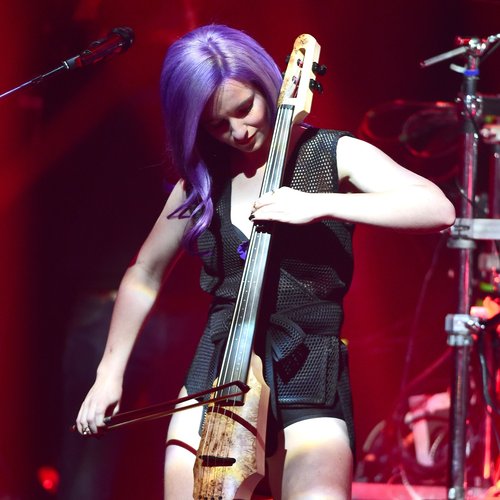 And when Max caught up with "I Got U' producer Duke Dumont she couldn't resist trying to hook him up with Jess! Find out if she was successful in the video below...

The BRIT Awards 2015 take place on Wednesday 25th February at London's O2 Arena. This year's event will be hosted by Ant & Dec.

Keep it Capital over the next few weeks for your chance to win tickets to the event featuring live performances from Taylor Swift, Ed Sheeran, Sam Smith, Paloma Faith, George Ezra and Royal Blood.

BRIT Awards 2015: 14 Things You Need To Know About This Year's Show