Famous Yorkshire cyclists past and present have unveiled the route of the very first Tour de Yorkshire in Bridlington, the town where the race will start in May.

Ben Swift, Team Sky pro rider and Brian Robinson, the first British man to win a stage of the Tour de France, were in Bridlington to celebrate the international cycle race, a direct legacy of the 2014 Yorkshire Grand Départ, which will take place in 100 days time on the 1st, 2nd and 3rd of May 2015. 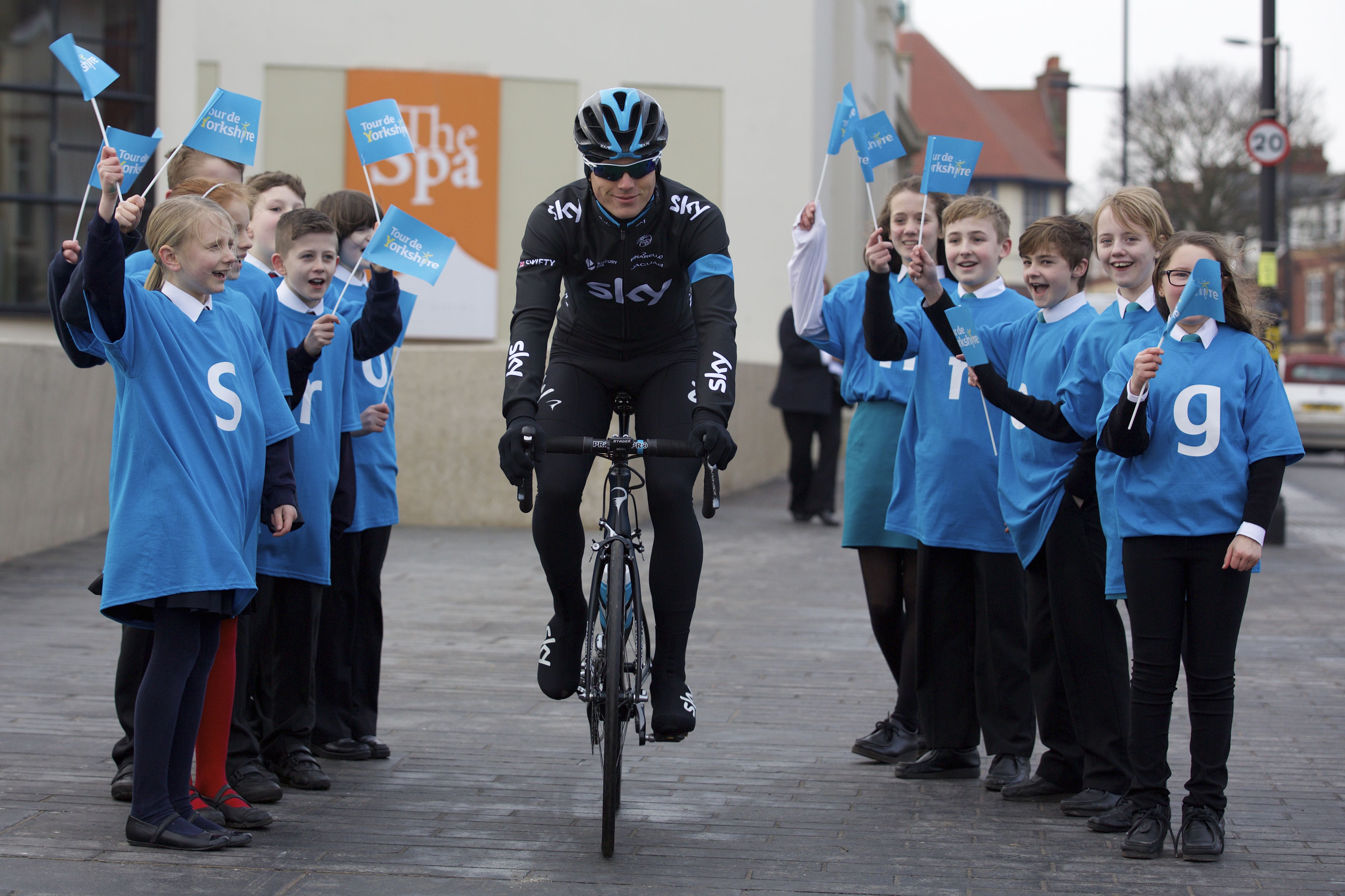 The race has three stages and includes a women's event on 2nd May, a mass participation sportive on 3rd May and a cultural festival.

Stage one on Friday 1st May will start in seaside town of Bridlington and 174km later finish further up the coast in Scarborough. The riders, from all over the world, will pass through spectacular coastal scenery and the iconic North York Moors landscapes. From the start line in Bridlington the riders will head along the Flamborough Head Heritage Coast before turning away from the coast into the North York Moors National Park, through Dalby Forest and towards Pickering.

They'll then take a spectacular journey back to the coast at Whitby, and then south to Robin Hood's Bay with the ultimate race to the finish line on the seafront at Scarborough. The last section of this stage will be particularly tough, especially the climb out of Robin Hood's Bay, which is 1.5km long and has an average gradient of 10.3%.

Stage two on Saturday 2nd May is one for the sprinters, and will see the race start outside the imposing Selby Abbey. The route takes in much of the Wolds, and from Selby will take the peloton towards Market Weighton, through North Newbald and on to Beverley, where they will turn north to Malton, then on to Stamford Bridge. Spectators will have the chance to see a circuit of York and organisers are hoping for a dramatic finish in the town, which of course witnessed incredible scenes during the 2014 Grand Depart.

As part of the legacy of the Tour de France to get more women cycling there will also be a dedicated women's event on a circuit through York.

The final day, Sunday 3rd May will see the peloton make a return to some of the roads raced in the 2014 Yorkshire Grand Départ of the Tour de France, only with a twist; starting in Wakefield, riders will travel south to Barnsley before heading to Holmfirth where they pick up the Grand Départ route in reverse, racing to Ripponden before riding the iconic Cragg Vale - which in the Tour de France was the country's longest continual climb and now becomes the longest continual descent. The riders will then make their way to Hebden Bridge, Oxenhope and through the famous cobbled streets of Haworth, one of the most iconic images of the Tour de France in Yorkshire. This is definitely a stage for puncheurs and climbers and a series of short, sharp climbs punctuate the entire route; riders should expect a similar race to the second stage of the 2014 Tour de France.  After a steep climb at Goose Eye the riders will once again see Ilkley, with the famous climb up the Cow & Calf before a sprint point at Arthington and then what is expected to be a hugely popular finish line in Roundhay Park in Leeds.

The race will be shown live on television in the UK and across Europe and a huge television audience is expected, once again shining a spotlight on Yorkshire.

The race is being organised by Welcome to Yorkshire and Amaury Sport Organisation (A.S.O.), with support from British Cycling and local authorities throughout the county, especially the start and finish towns and cities; Bridlington, Leeds, Scarborough, Selby, Wakefield, York and North Yorkshire County Council and East Riding Council.

'After the grandest of Grand Départs of the Tour de France, we were keen to return to Yorkshire. With its stunning landscapes, iconic cities and tough climbs, Yorkshire offers all the ingredients needed for a great cycling race.

'The welcome we received in Yorkshire in July 2014 was simply spectacular and I am very much looking forward to returning there in May for the Tour de Yorkshire.'

The Tour de Yorkshire Ride is a mass participation bike ride which promises to be one of the most challenging and popular sportives in the British calendar. Organised by Human Race, it will take place before the pro race on the morning of the final day, Sunday 3rd May and thousands are expected to take part.

'Before the Grand Départ had even finished people all across Yorkshire were asking when we can have more cycling!

'The Tour de Yorkshire will bring back many of the world's top cycling teams and there will be an opportunity for ordinary people to ride the same roads on the same day in the sportive.

'And this is a free event to watch so there is an opportunity for everyone in the county to be part of Tour de Yorkshire in one way or another."

The stages of the Tour de Yorkshire 2015: