Yorkshire is buzzing for 'Le Tour' with thousands flooding the streets of Leeds as crowds more than 10-deep wrestle for a glimpse of their heroes.

The streets are awash with yellow, as the crowd goes wild for cyclists, team cars, and even the police. With so many caravans, lorries and razzmatazz, the parade has now set off from outside Leeds' Civic Hall - two hours before the cyclists will.

At lunchtime they move aside as champion Chris Froome, fan favourite Mark Cavendish and the 196 others ride to Harewood House.

There they will be royally sent off as the Duke and Duchess of Cambridge and Prince Harry start the clock for the 101st staging of cycling's 'greatest show on earth.' 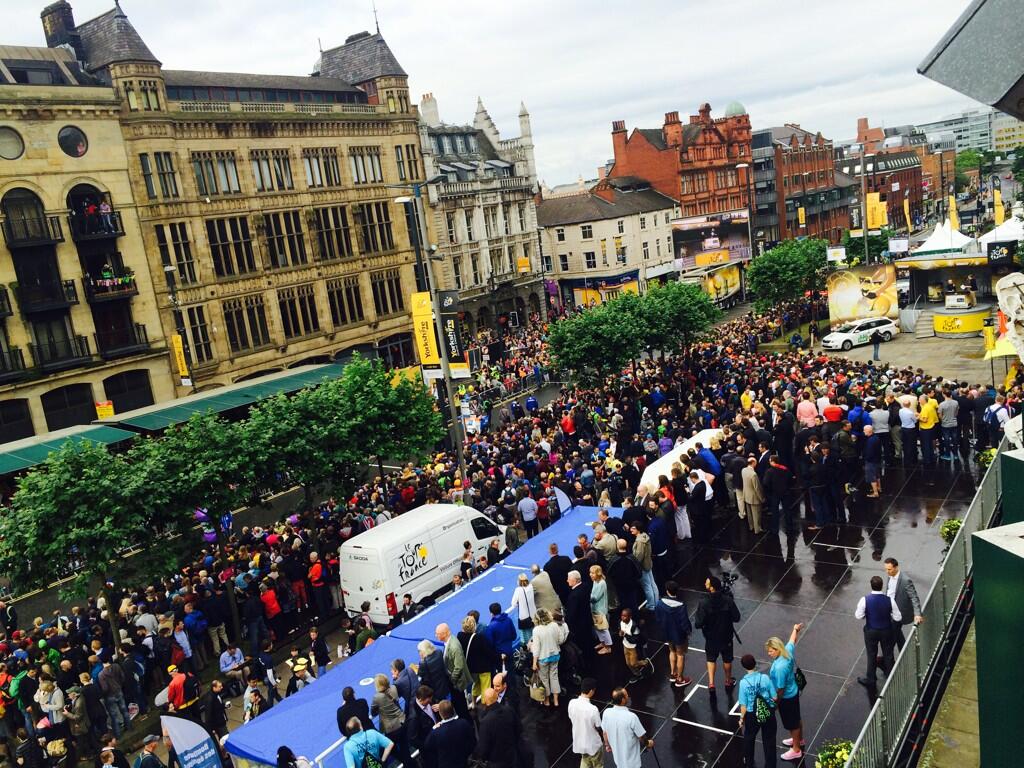