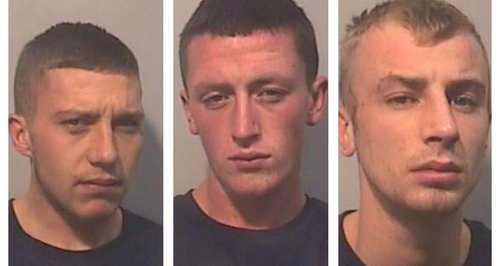 Three men have been jailed for a total of 17 years and 10 months after being found guilty of the manslaughter of Sam Wilson in York.

In the early hours of Saturday 11 October 2014, Sam, aged 21, and his friend, Henry Smith, 20, were walking to a club in York city centre after they had been to a 60th birthday party at Huntington Working Men’s Club and the nearby Flag and Whistle pub.

They had decided to walk as their group was too large to fit in one taxi and the wait for an extra cab was too long.

As they reached Haxby Road, they encountered Linden Smith, Alexander and McHale, who had been drinking in the Castle Howard Ox pub. The two groups exchanged words and the defendants attacked Sam and Henry.

Sam was knocked unconscious and was left lying in the middle of the road, where he was hit by a taxi which had no chance of stopping before it reached him.

Linden Smith, Alexander and McHale fled while passers-by stopped to try and help Samuel but he was pronounced dead at the scene.

Alexander, aged 21 and of Fox Covert, York, was sentenced to seven years’ imprisonment.

McHale, aged 20 and of Fifth Avenue, York, was sent to prison for five years and six months.

Linden Smith, aged 20 and of Kirkham Avenue, York, was jailed for five years and four months.

All three offenders were given a nine month jail sentence to run concurrently for the assault on Henry Smith.

'This was an extremely tragic incident which resulted in the sad and untimely death of a young man who was enjoying a night out with his friends.

Although nothing can bring Sam back, I hope his family can take some comfort from the fact that the people responsible for his death have been convicted and are now facing long prison sentences.”

Samuel was a loving and gregarious 21-year-old and a wonderful son, brother, grandson, nephew and friend. He had many friends from a broad spectrum of the community and over many generations.

A bricklayer by day and a barman by night, he worked hard but also enjoyed sports and team activities. He was well known for his infectious smile and cheeky nature - Samuel loved life.

The family would like to take this opportunity to thank all the agencies for all their hard work bringing this to trial and all the love and support we have received through this very emotional and difficult time.