Police investigating the death of Sheffield student Caroline Everest have arrested and bailed a man on suspicion of rape.

Formal identification of a body, found in Sheffield, has taken place and South Yorkshire Police have confirmed it is that of Caroline Everest.

Detectives are continuing their investigation to piece together the exact circumstances that led to her death.

Further tests have been requested to determine the cause of Caroline Everest’s death, after a post-mortem examination was inconclusive.

Caroline, 18, from Sheffield, was reported missing after leaving the Corporation nightclub in the city centre in the early hours of Sunday.

Officers searching for her found the body of a young woman in a river in Summerfield Street, at the bottom of Ecclesall Road, at around 3.45am on Tuesday.

There have been a number of developments throughout the late evening and overnight as part of this complex investigation.

A post-mortem examination was completed however the cause of death was not established and the results were recorded as inconclusive. Further tests have now been requested.

Officers have trawled through hours of CCTV footage to trace Caroline’s last steps to begin to understand what happened that night.

CCTV tells us that Caroline left the Corporation nightclub on Milton Street at around 2.40am on Sunday.

A minute later, she is seen with a man outside the Devonshire Cat pub. At 3.35am, CCTV shows them parting company on Napier Street in Sharrow.

Approximately ten minutes later, Caroline is seen alone on Summerfield Street, walking in the direction of the river. This is the last we see of her.

The investigation is ongoing and we continue to review CCTV footage from the information received from the public.

If you saw Caroline that night, or have any information, I urge you to come forward. Any information, no matter how small, could be vital to piece together her final steps and to provide answers for her family.”

Police investigating the death of Sheffield Hallam university student Caroline Everest have been searching the banks of a river where the 18-year-old's body was found.

The body, found in Sheffield's Porter Brook river near Summerfield Street, at the bottom of Ecclesall Road, has not been formally identified but South Yorkshire Police said they believe it to be Miss Everest.

Police search teams have spent the day combing the area as investigations continue to establish the circumstances surrounding her death.

Miss Everest was last seen by friends at the Corporation nightclub, in Milton Street, Sheffield, at around 2.30am on Sunday.

The Sheffield Hallam University student's family became concerned when she did not turn up for work or a family dinner on Sunday.

The body was found at around 3.45am today and police said the teenager's family had been informed.

Today, a large area around the scene was cordoned off by police with uniformed officers guarding a number of entry points. 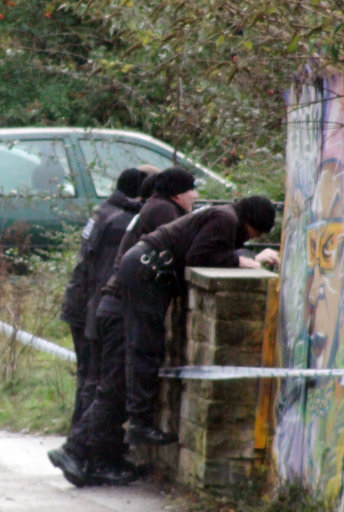 Police search teams could be seen scouring the banks of the Porter Brook, which is about 10ft wide at this point and little more than a stream.

The body was found in part of the brook between a large area of derelict land and a flats complex, just off the city's busy inner ring road and very close to Ecclesall Road - one of Sheffield's main arteries.

The scene is about half-a-mile from the Corporation club in an area of offices, flats and car showrooms between the city centre and one of the main student residential areas.

A number of floral tributes were laid at the police cordon on Eccleshall Road.

One note read: "RIP Caroline. Such a sweet, lovely girl, you will be missed by so many people. Sleep tight.'' 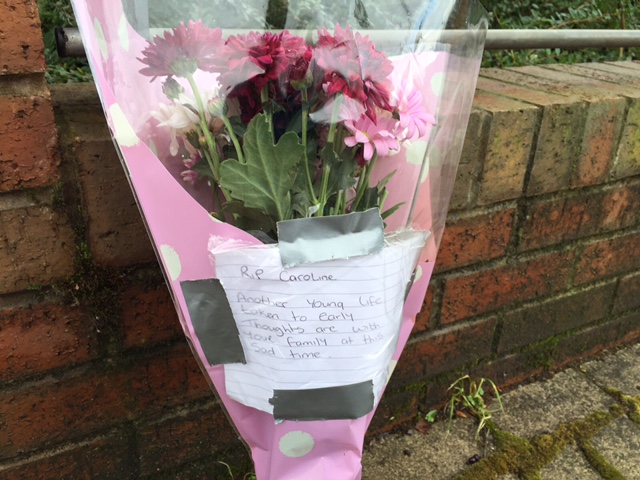 Friends took to Facebook to pay tribute to Miss Everest, describing her as "mature'' and "responsible''.

A spokeswoman said:
"We are deeply shocked and saddened to hear that South Yorkshire Police have today found a body that they believe to be Caroline Everest.

Our thoughts at this time are with Caroline's family and close friends.''

Anyone with information is asked to contact South Yorkshire Police on 101, quoting incident number 998 of November 22.

Police searching for a missing 18-year-old university student have said they are "extremely concerned'' for her welfare.

Caroline Everest was last seen by friends at the Corporation nightclub in Milton Street, Sheffield, at around 2.30am on Sunday morning.

The Sheffield Hallam University student has not been heard from since and did not turn up for work or a family dinner on Sunday.

South Yorkshire Police said this behaviour is "extremely out of character'' and urged people to get in touch if they have any information.

The teenager's family are said to be "very concerned'' and are being supported by specialist officers.

Superintendent James Abdy said:
"We are carrying out extensive inquiries to find Caroline, including reviewing CCTV, conducting searches and speaking to friends, family and associates.

We have appointed a family liaison officer to provide support and act as a dedicated point of contact for Caroline's family, whilst we carry out inquiries to locate her and establish the reasons for her disappearance.

We are appealing for help from the public, as we are extremely concerned for Caroline's welfare and would urge anyone with information about her whereabouts to get in touch with police and tell us what you know.

Were you at the Corporation nightclub on Saturday night into the early hours of Sunday morning? Did you see Caroline? Do you know where she may have gone since? Any small piece of information could be key in finding out where she now is.''

Police have released a photograph taken of Miss Everest inside the nightclub before she went missing.

She is described as white, 5ft 6in tall and of slim build. She was wearing a black dress with a black cardigan and glasses. She was carrying a black handbag with a cream strap and had her long, dark hair in a low ponytail.

Police are hoping that another photograph, taken from Miss Everest's university ID (below), could help jog people's memories if they have seen her since she went missing. 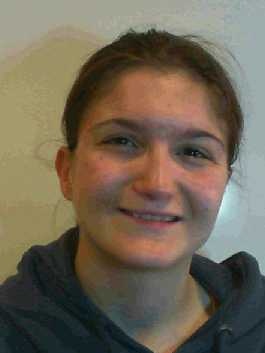 Anyone with information is asked to contact South Yorkshire Police on 101, quoting incident number 998 of November 22.

Concern is growing for a Sheffield teenager who's vanished after going clubbing at the weekend.

18-year-old Caroline Everest was last seen by her friends at Corporation nightclub, in Milton Street, Sheffield, at around 2.30am in the early hours on Sunday morning.

She has not been seen or made contact with family or friends since, and failed to turn up for work at Meadowhall Retail Park yesterday.
She also didn’t turn up to a family dinner yesterday, which is extremely out of character for Caroline and police and her family are very concerned for her.
Caroline is white, 5ft 6ins tall, and of slim build. She was wearing a black dress with a black cardigan and wore her long dark hair in a low ponytail, and wears glasses. She was carrying a black handbag with a cream strap.
Officers have been carrying out numerous enquiries to find her since she was reported missing yesterday, including reviewing CCTV footage taken around the nightclub.