A 17 year old boy's needed 6 stitches in his head, after he claims he was attacked by a 'creepy clown' in Rotherham.

Owen Russell was walking with a group of friends in Dinnington last night when they were approached from behind in an alleyway.

The teenager was hit with what he believes was a branch, leaving a gash in his head.

His dad John took him to hospital where he was given six stitches.

Owen's told Heart the craze has to stop.

He said:
"Most people see it as a joke, but at the end of the day I got seriously injured and I could have died, so it's not that funny."

His dad added:
"It could've quite easily not hit him in the head - he could've lost an eye.

These kids running around with clown masks on are absolutely ridiculous." 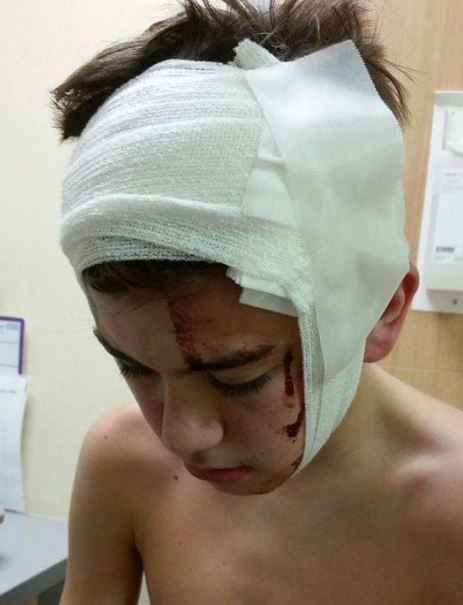