A 22 year old man has been found guilty of killing a church organist who was battered to death on his way to midnight mass on Christmas Eve in Sheffield.

Ashley Foster was convicted of manslaughter by a jury at Sheffield Crown Court after a trial that heard how Alan Greaves was attacked near his home in the High Green area of the city.

The jury found Foster not guilty of murder.

Both men will be sentenced on Friday.

There was confusion in court after the clerk only asked the jury foreman whether Foster was guilty of murder.

When the foreman said "not guilty" there were celebrations from Foster's family.

But as Mr Greaves's widow Maureen looked shocked and confused, the jury foreman, who had already been asked to sit, shouted “but guilty of manslaughter”.

At this point Foster's girlfriend Natalie Evers burst into tears and ran from the court screaming.

The jury of six men and six women returned its verdicts after 13 hours of deliberations.

Mrs Greaves, 63, has sat through every day of the trial with many members of her family.

Dad-of-four Mr Greaves was severely beaten with a pick-axe handle and another weapon that has never been found, possibly a hammer.

He suffered horrendous head injuries and died in hospital three days later with his family around him.

The court heard how Foster, from High Green, and Bowling, from Pitsmoor, had left a family gathering earlier that evening.

According to prosecutors they were stalking the streets of High Green looking for someone to attack. If they had not killed the pensioner it would have been someone else, the jury was told. 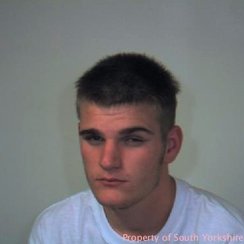 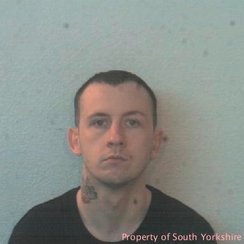